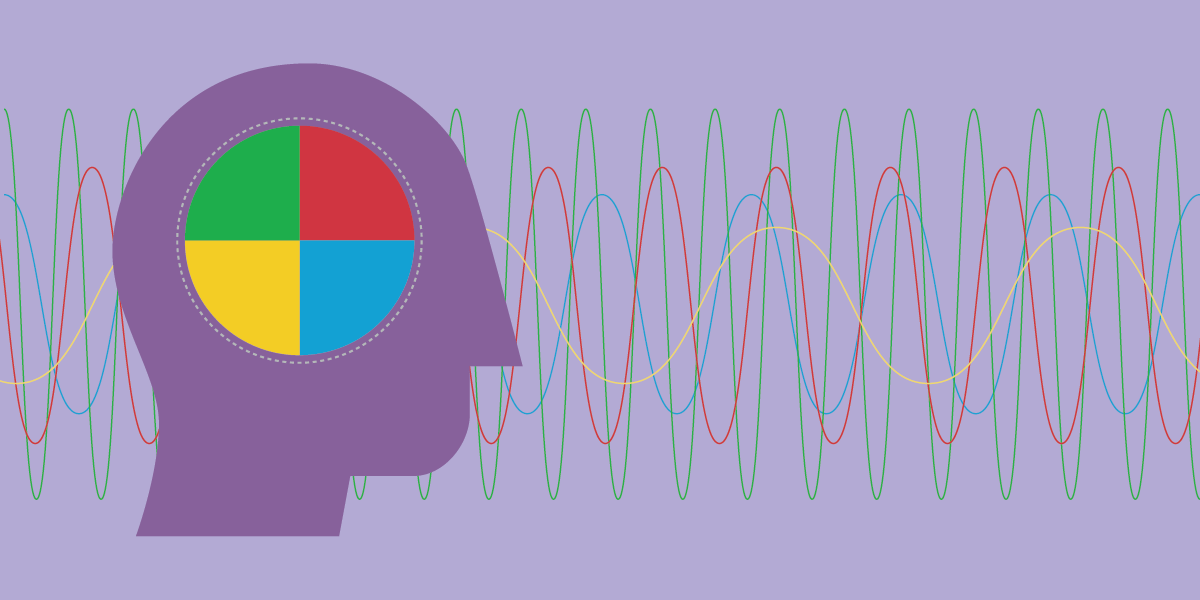 All DiSC® profiles offer valid scores and accurate feedback to the respondent. Each instrument is designed to provide accurate interpretations or feedback based on individual scores.

While the original theory behind DISC began with the work of William Moulton Marston, Wiley has been researching and analyzing DISC for over 40 years. In fact, our DiSC® Classic paper profile was the first DISC assessment ever.

The foundation of DISC was first described by William Moulton Marston in his 1928 book, Emotions of Normal People. 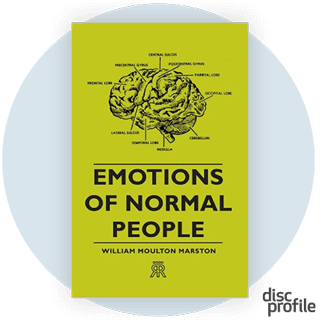 Marston identified what he called four “primary emotions” and associated behavioral responses, which today we know as Dominance (D), Influence (i), Steadiness (S), and Conscientiousness (C). Since Marston’s time, many instruments have been developed to measure these attributes. The Everything DiSC® assessment uses the circle, or circumplex, as an intuitive way to represent this model.

There are eight scales measured by the Everything DiSC assessment:

Di or iD measures an active, fast-paced disposition using adjectives such as dynamic, adventurous, and bold.

i measures an interactive, influencing disposition using adjectives such as sociable, lively, and talkative.

iS or Si measures an agreeable, warm disposition using adjectives such as trusting, cheerful, and caring.

SC or CS measures a moderate-paced, cautious disposition using adjectives such as careful, soft-spoken, and self-controlled.

CD or DC measures a questioning, skeptical disposition using adjectives such as cautious, disciplined, and critical.

We aren’t just one style.

We’re a blend of styles. You might be a strong D, but need to move slowly and methodically when working on financial reports. You probably just have to make a more conscious effort at it than would an S-style colleague. In other words, DiSC is descriptive, not prescriptive.

Everything DiSC also measures priorities. Each priority is measured separately from the DiSC style, although there are degrees of overlap. These are presented to let you know that your results might differ from the average person who shares your style. 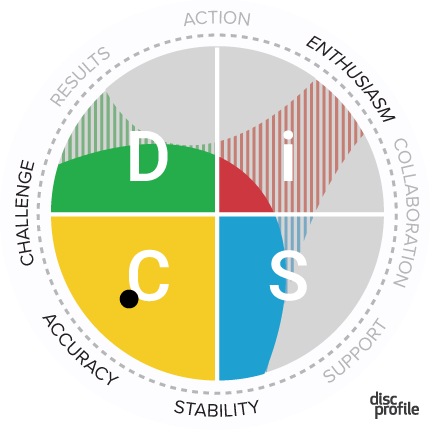 For example, you could be a C style with a priority for Enthusiasm because you scored high in that one measure typically associated with an i style. Priorities also reflect the focus on the specific DiSC test, so you might have a priority for Competency in a sales situation, but for Challenge in a management setting.

Is the DiSC assessment valid? Are DiSC profiles accurate?

Everything DiSC is backed by 40+ years of research-based assessment experience and 200+ years of publishing excellence at Wiley. Research is at the core of the Everything DiSC profiles, with results made public in several sources.

How reliable is the tool? In other words, is it stable and is it consistent? If the results contain a lot of random variation, it is deemed less reliable.

How valid is the tool? In other words, does the DiSC instrument measure accurately? The more that a tool measures what it proposes to measure, the more valid the tool is.

The circumplex structure of the assessment conforms well to expectations, as assessed by multidimensional scaling, scale intercorrelations, and factor analysis. Correlations between the Everything DiSC scales and the scales of the Revised NEO Personality Inventory™ and the Sixteen Personality Factor Questionnaire® provide additional support for the validity of the assessment.

From the Everything DiSC Manual

People agree with the narrative descriptions of their styles

“Overall, participants report that the DiSC fit is good or excellent approximately 90% of the time. As documented under the Forer effect (1949), however, it is not unusual for participants to show a high level of agreement with psychological test results.”

“… a study was conducted to examine the relationship between DiSC assessment results and observer ratings of leadership behavior. … The results of the analysis were largely as expected under the theoretical DiSC model. For 71% of the [leadership] practices, the expected style had the highest mean. For 88% of the practices, the expected style was among the top two highest means.”

Our online DiSC assessments use the most advanced assessment method (adaptive testing) and sophisticated algorithms to quickly analyze a person’s responses and deliver the most precise feedback possible. The profile translates these assessment results into a personalized narrative that’s both actionable and memorable.

The biggest benefit of computerized adaptive testing (AT) is a more precise measurement—increased personalization based on this greater precision and accuracy leads to a more accurate profile and more satisfied customers. Respondents see all of their priorities reflected in their Everything DiSC feedback, even if they prioritize things that aren’t typical for their styles. For example, if someone has a high-i style but their assessment results also indicate that they prioritize Accuracy (typically a C priority), they’ll be able to see this additional priority reflected in their profile. Using AT, respondents can have three, four, or even five priorities.

Having additional priorities is no better than having three.

Wiley is committed to testing their products with their Authorized Partners and with end users before releasing them for sale. Even the move to adaptive testing was put through beta testing. No profile, facilitation kit, or training is brought to market without very high satisfaction scores—even if it takes many months to get there. Translations of profiles and training videos also get pushed through a beta testing process.

For instance, the Everything DiSC Productive Conflict product line went through three full rounds of beta testing with nearly 14,000 participants and 250 facilitators before it was ready for launch. Wiley conducted 235 in-depth interviews and researchers read more than 3,800 survey responses to find out how they could make the product better.

This is why Everything DiSC has a 95% satisfaction rating among organizations and a 90% accuracy rating from learners around the globe.

Curious about how a personality assessment like DiSC gets developed? In 2011, we spoke with two of the developers for the Everything DiSC Work of Leaders and asked them to explain their process.

More tools to explore the research behind DiSC

About Everything DiSC®: Theory and Research

DNV-GL Cerfiticate of Conformity (for Everything DiSC Workplace in English)